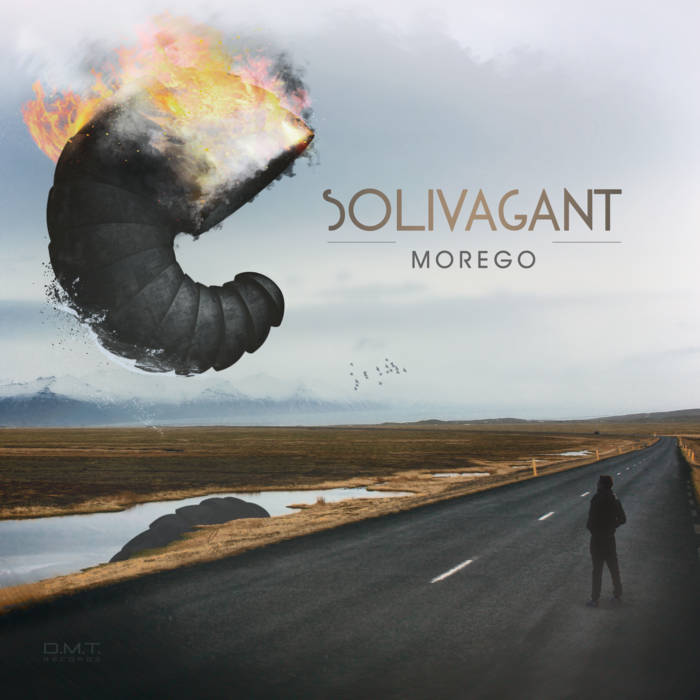 sina_manic Besides the unspeakable and brilliant music of this album, you walk through a journey of soul and mind while listening to this album, this path lures you into the dark and bright moments of your life, unconsciously and consciously. the zenith may vary from one to another, but for me, it would be Ascension. Favorite track: Ascension.

SUNSEASKY This artist + album are an absolute wonder. The thematics alone will draw you in, but the technical prowess of this IDM/downtempo gem recall hints of Tympanik Audio, Dronarivm and others. Not to miss!! Favorite track: Clairvoyance.

Morego is the musical project founded by Tehran-based producer Morego Dimmer (aka Xerxes The Dark, Nyctalllz). Known for his cerebral and experimental vein of dark ambient music, Solivagant dips into peculiar, yet cohesive IDM/downtempo strains. Its nine tracks spanning just over 30-minutes, the release feels like an album with an extended player outer shell.

“Aurora” sets out to display just what you might think, a blissful retreat from the everyday, its relaxed drums, blips’n bleeps, and subdued keys play off each other in a delicate balance that merits repeat listening. The airy texture of “Clairvoyance” dips into early-era Lexaunculpt, the interlaced bits and eroded melodies create for a soundtrack haven worth the price of admission alone. Solivagant maneuvers microscopic elements as tempered voices drifting far off in the distance (ie. “Starlight”), but also manages to transcend space and time. The glitch fragrance of “Petrichor” is offset by its spacious rhythmic sputter, just as “Ascension” breaks through with rugged drones and fading harmonies.

Overall, Morego offers crystalized electronic structures, while at times delicate and precise, turbulent sounds are often right around the corner. A powerful release that registers high on the downtrodden electronics Richter scale.

Solivagant is a story of a sad, lonely and hopeless man that his heart was broken and his soul was pale. Not for an earthling love, but for a cosmic one. He was hopeless cause he was failed to find the truths. After a long term of nihility, depression and darkness, a distance ray of light blinked at him at the heart of blackness. His eyes turned open, the light brighten his soul. He found the truth on his way. The blanking curtains removed from his eyes and he realized what he wanted to know, He still lonely but he had the light in his heart. His favorite hobby is walking alone and thinking. Solivagant reflects a story behind a revenant man.