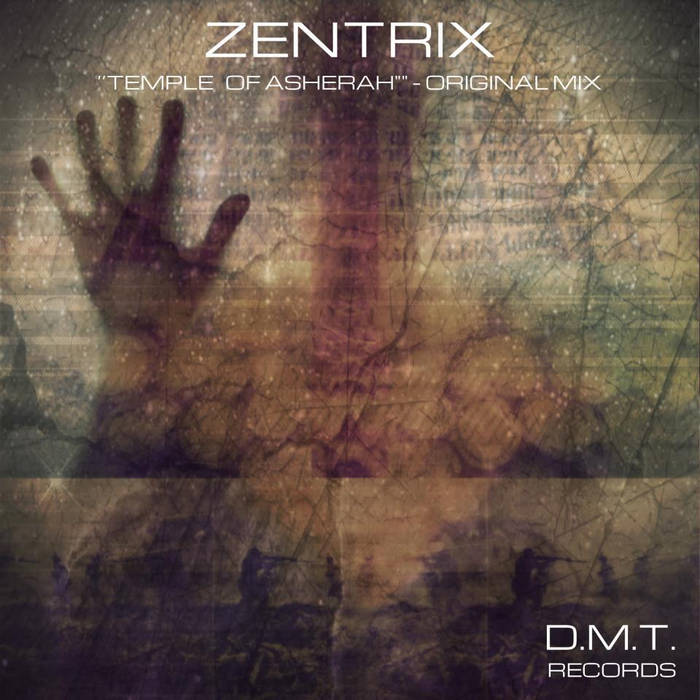 Matt Zentrix's track, ''Temple of Asherah,'' is an astonishing artistic expression of the birth of language, the language of organisms taking shape out of amorphous unified monotony, the endless motley crew of cults competing for power and the conception of independant voices. Zentrix is the inventor of a phenomenal soundtrack to Neal Stephenson' s 1992 science-fiction novel ''Snow Crash,'' which presents the Sumerian language as a kind of computer code for the brain stem controlling all behaviors and expressions in language, therefore rendering humans with the ability only to speak one language. This track is the story of what happens when the counter program, linguistic virus Asherah, turns the world upside down provoking linguistic resistance in multiple forms. This is the catalyst for the spawning and sparring linguistic viruses. Stephenson invents that languages were created to literally protect against Asherah, the first linguistic virus.
Zentrix responds to ''Snow Crash,'' Stephenson' s term to describe the universe of a computer crashing, the fall of the tower of babel, white noise and visual bits of flying debris, a once unified all-powerful Pharoah-pillar of language in the brain of the computer, one programmed cerebral code. Zentrix plays on Stephenson's use of Asherah (a female deity many modern scholars term the wife of God Yahway, she is the Goddess worshipped in clay-pillar form with breasts in the temple of Solomon for two thirds of its existence)
The track installs cult Goddess Asherah to her rightful place in history. ''Temple to Asherah'' is the opposite of the slow killing of multiple Gods through canonized text towards one all powerful pillar such as in the bible. The track is a rush. It is a river stocked with the voices of creatures, humans, beasts and elements waking, writhing into, flying into, swimming into, crashing into and cracking open the reign of a single pillar figurehead. It is anti-dictatorial, integrating so many genres of music, layered with primitive and contemporary beats, bursting with integrative flavor, rushing straight into the deep of dark minimal techno.
The track begins reminiscent of slow motion insects flying around the first uttered tones signifying meaning. Then, there is a first call like a snarl through a ram's horn, dit dit dit dit, wings approach and carry the listener into a well rounded, cohesive piece sewn together by alternating warning signs and benevolent clouds of discovery, exploring language and signifying symbols as a subject matter through tones alternating between distant and close proximity; low bass rumbles of communication through hollow bone, drums pulsing. At 3:07 a swell occurs brewing an organic concoction of stripped down minimal swirls through primitive moments and evocation of congo drums, uber progressive electronic warbles and elegant contemporary clips of jabberwocky vocals accrue, elusive chimes like cave stalagmites and stalagtites glisten throughout the track, wind whistles through giant teeth, there are menacing echoes and there are roaring funk elements to the track. It is soft and sensuous as much as it is heinous and idiosyncratic.